A grid of drone-powered tiles which operate in unison to establish a collective movement. Each tile acts as a self-aware agent reacting to the airflow generated by its near neighbors, resulting in a swarm-like behavior driven by an outlined choreography.

NOTCH derives its visual heritage from the Nantou facade tiles, a recurring element in Shenzen’s local architecture. Each tile is produced as a printed circuit board, typically used to house the circuitry needed for electronics. The piece takes a double take on the relation between product, functionality and art, as well as the role of artists in the overall production process.

Standing out as an art-piece, as well as an exemplary discourse in the effects of industrial societies. In its entirety, industrial processes have been adopted to enable the rapid development of the piece, resulting in an object mimicking the current-day complexities of urban reality and globalization.

Shenzhen with its incomparable growth from an agglomeration of villages to a megacity joins different layers of a contemporary urban reality. The city manifests itself in ever newly built pieces of a transitory urban-scape, from the glossy pieces of new architecture to the remaining urban villages. By translating the city’s urbanistic cacophony of sounds and movement into momentary visual patterns emerging in a chorus of drone engine sounds; it is a contemporary statement for the dynamic potential of urbanism and architecture.

NOTCH has been designed, prototyped and built during a two month residency in Shenzhen China. The art piece has been exhibited as part of the Bi-City Biennale of Urbanism\Architecture for three months. 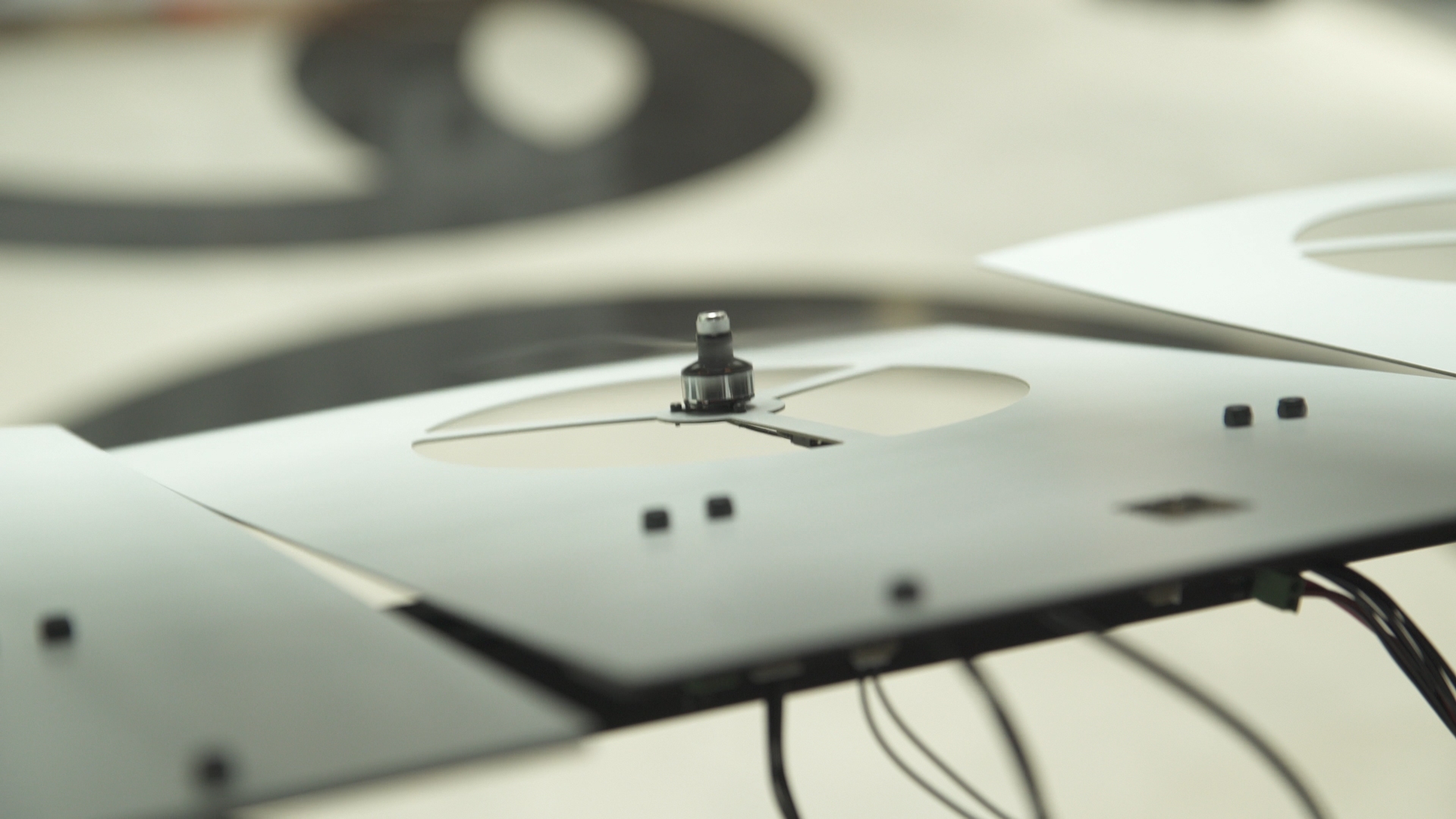 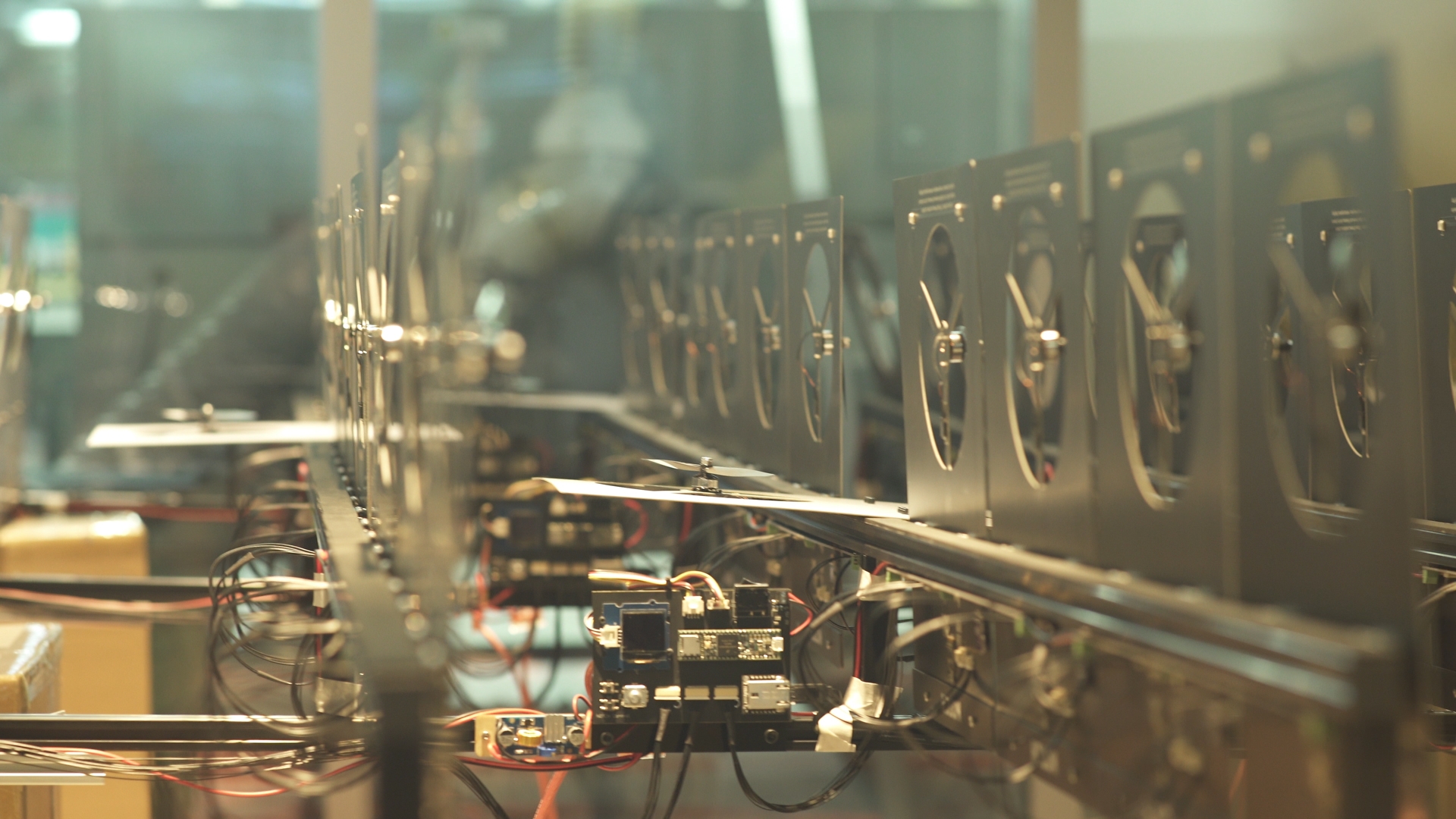 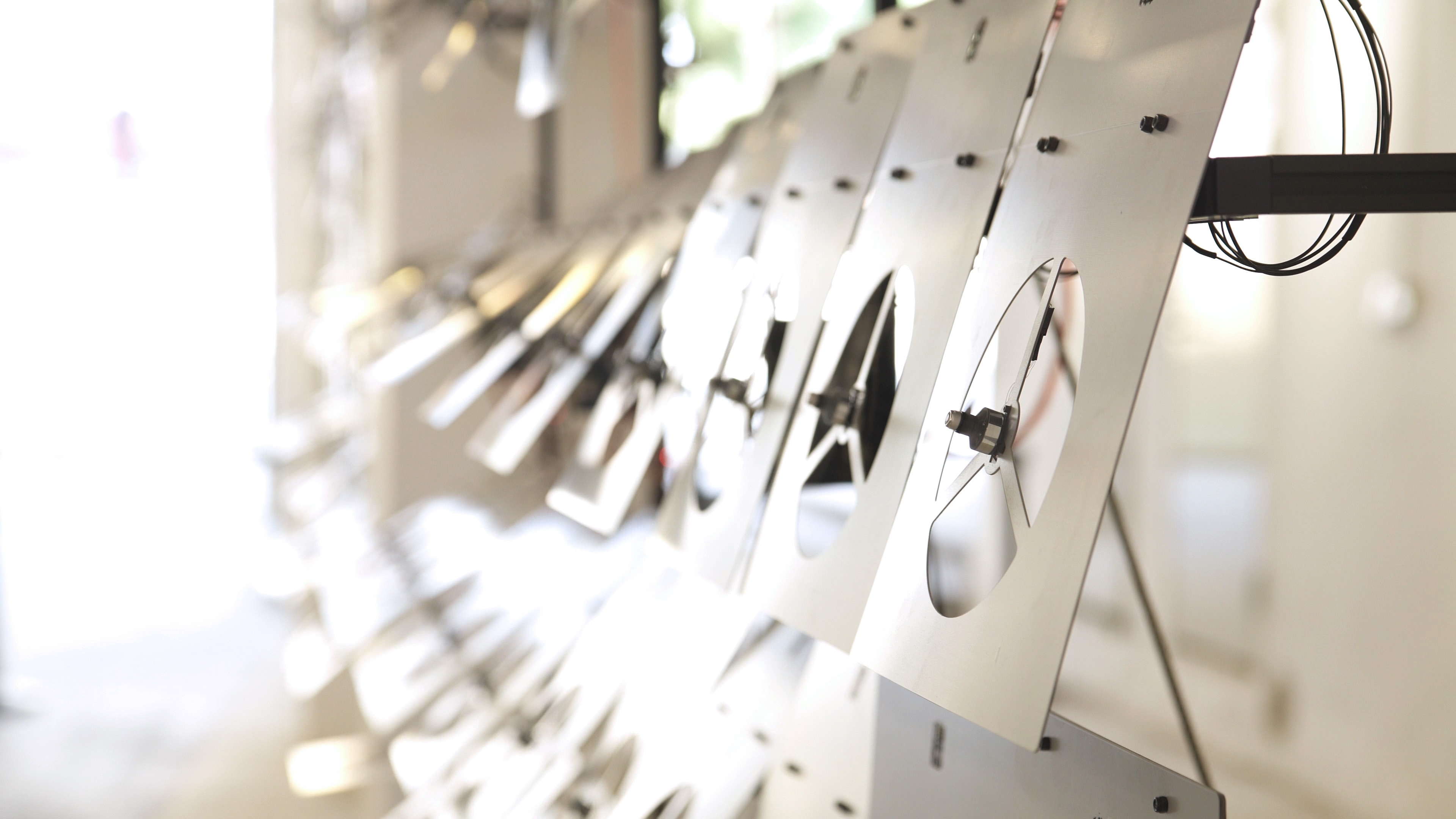 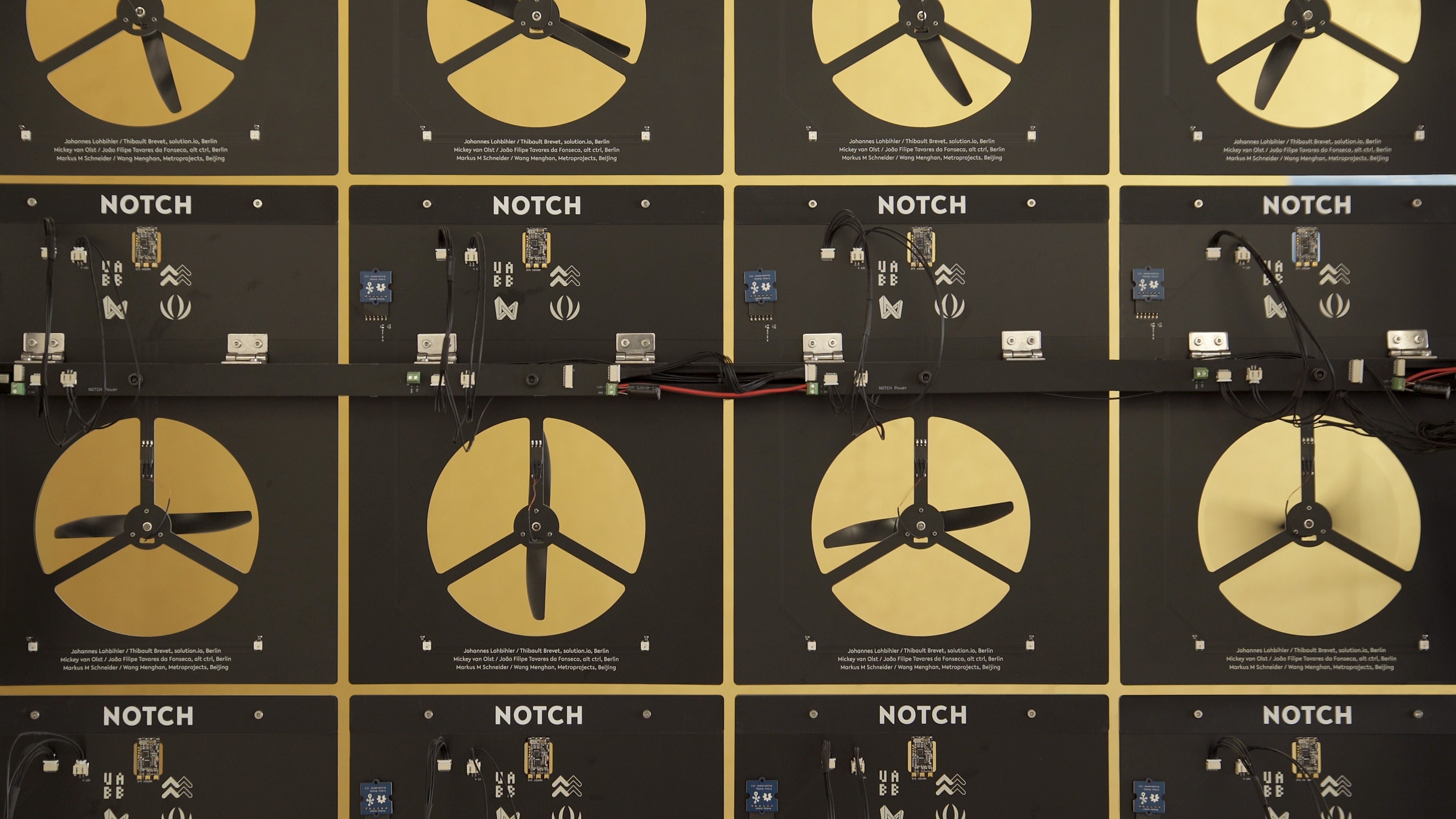 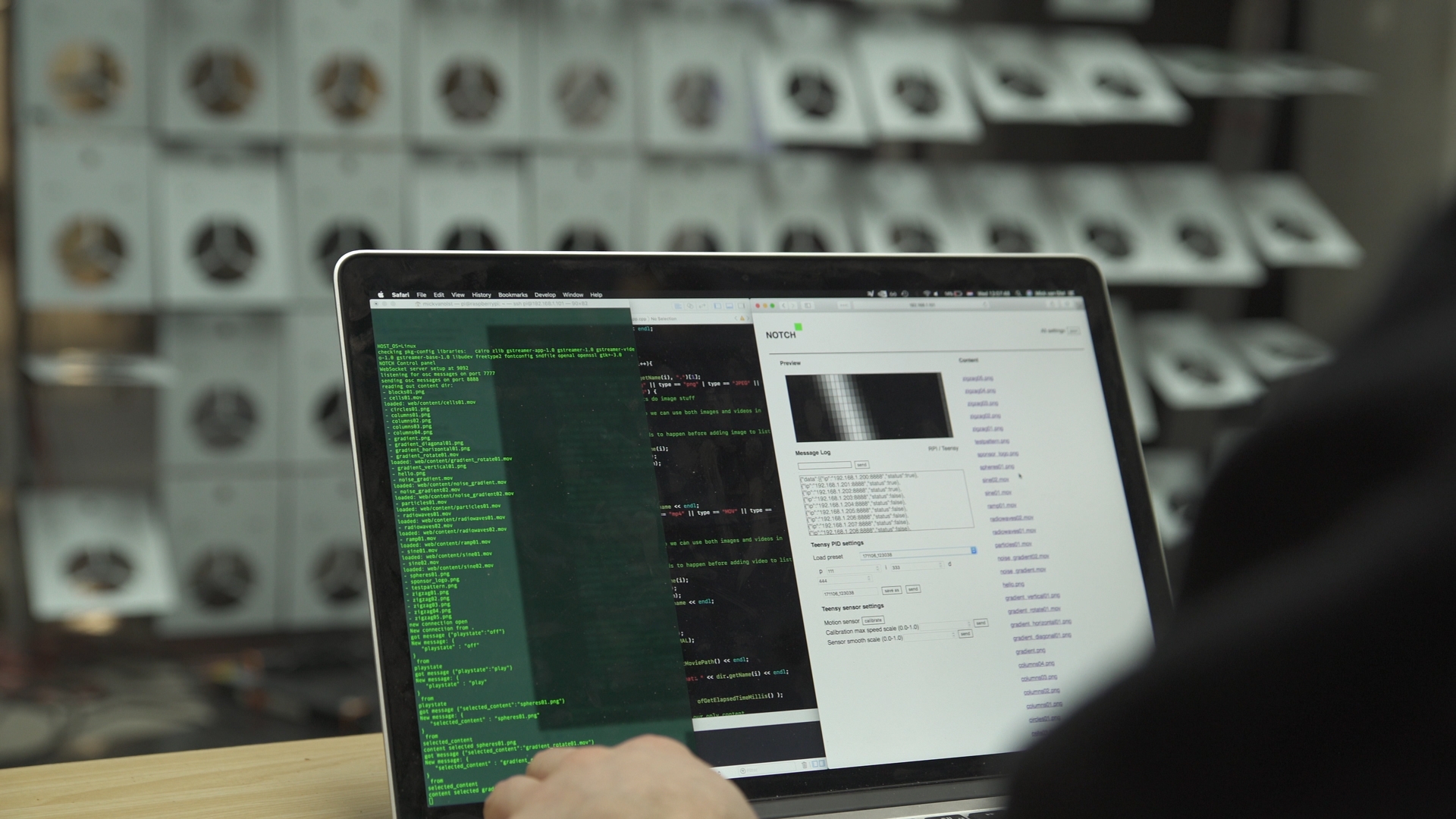 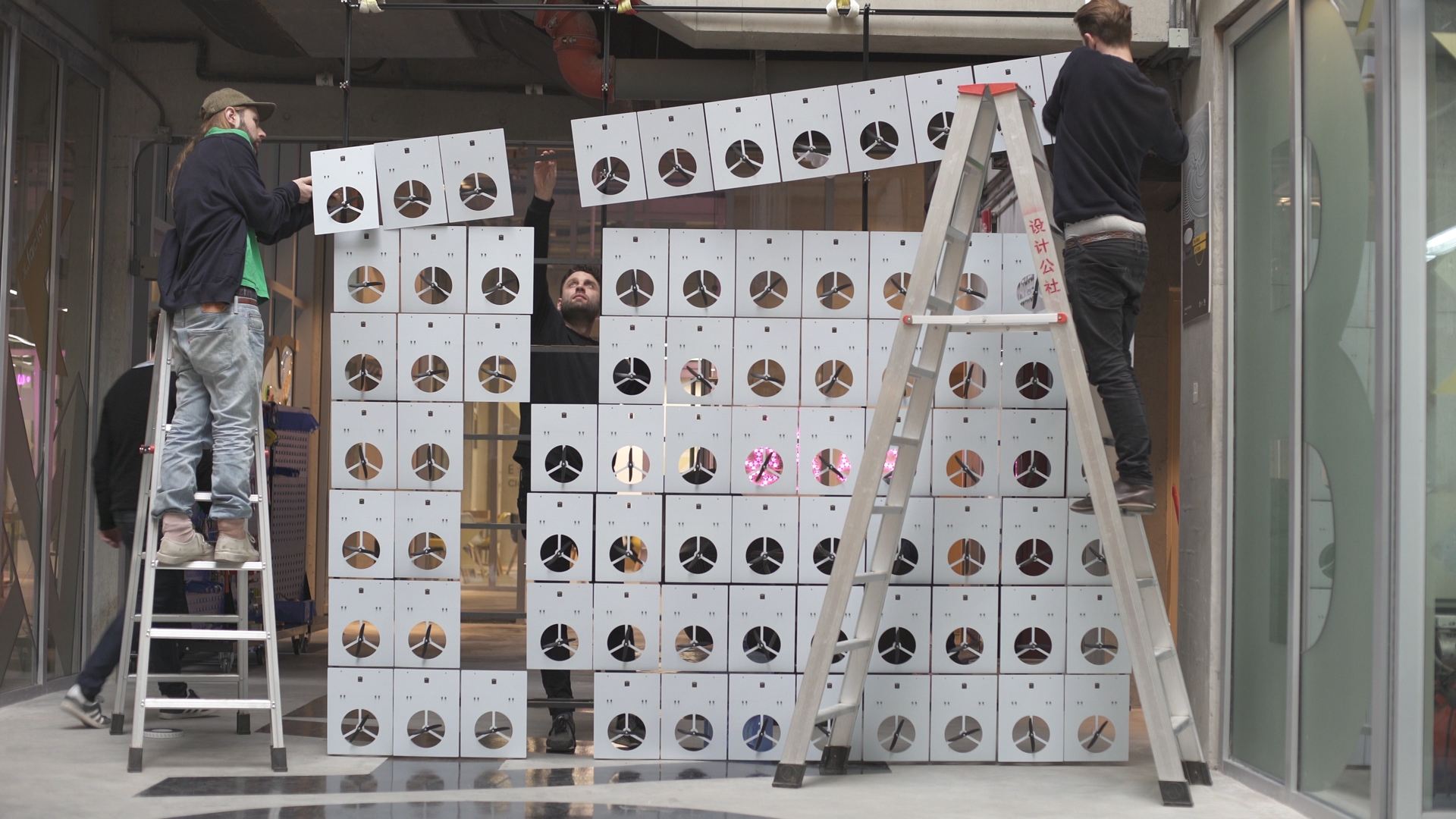 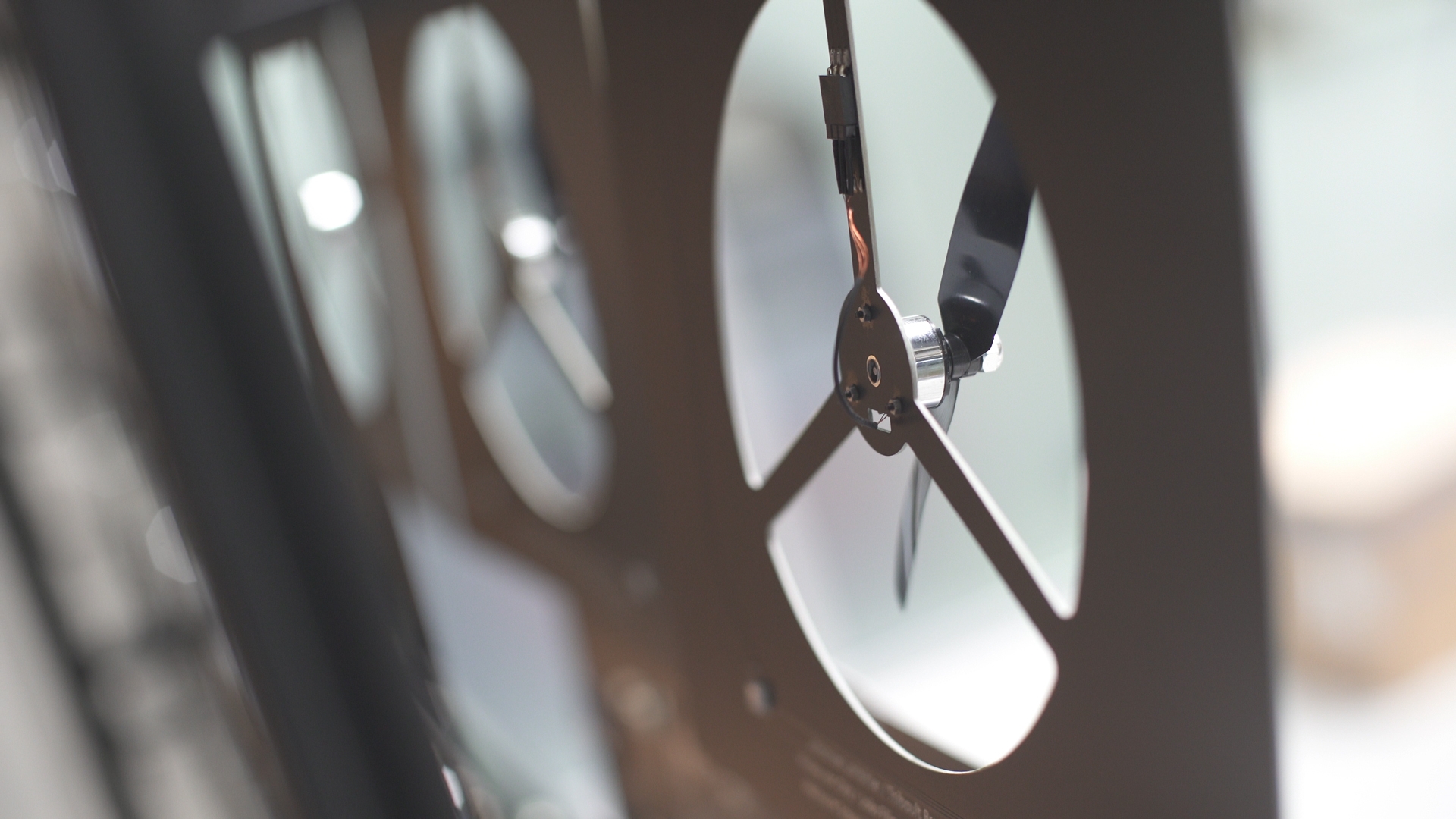 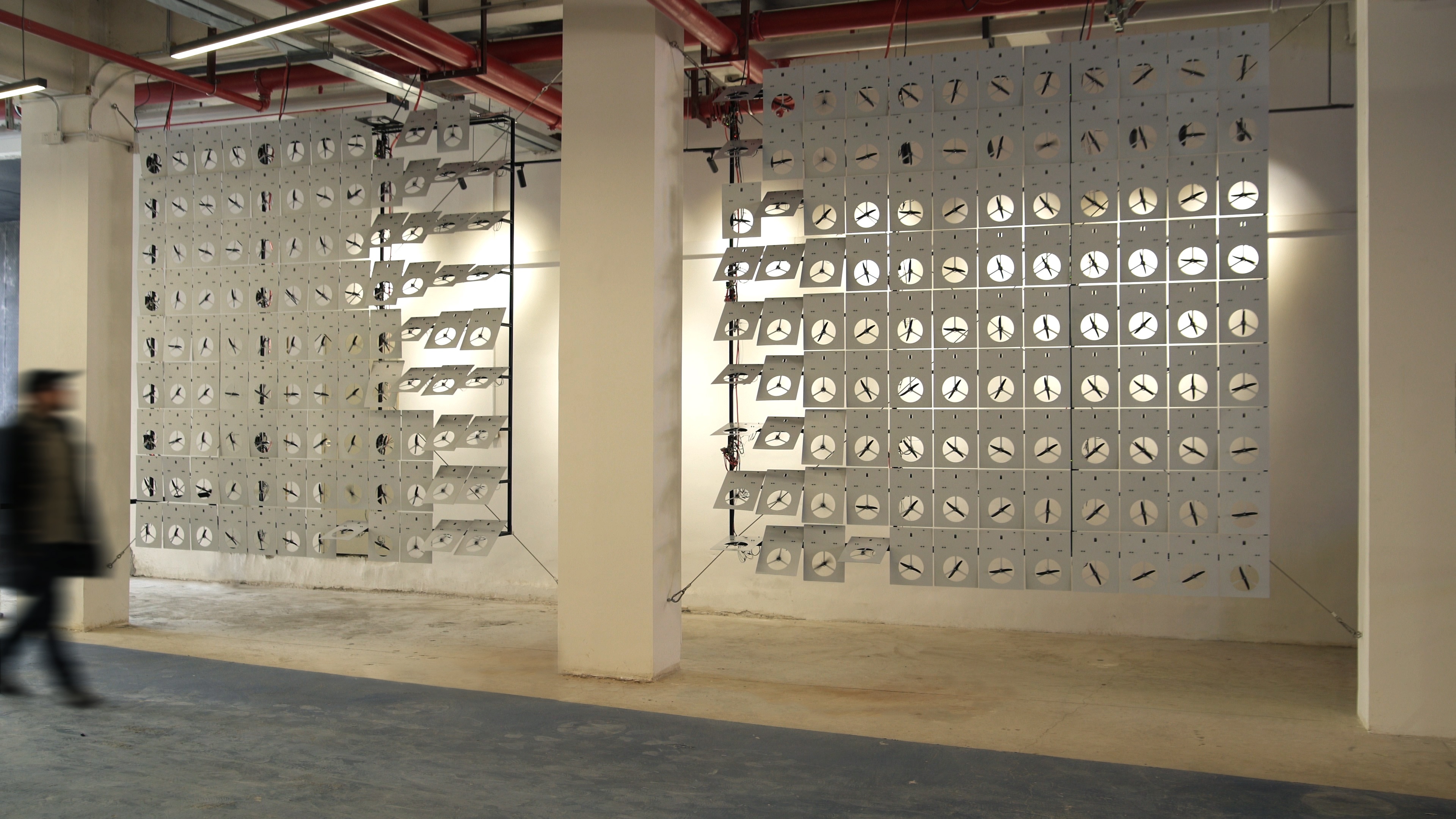 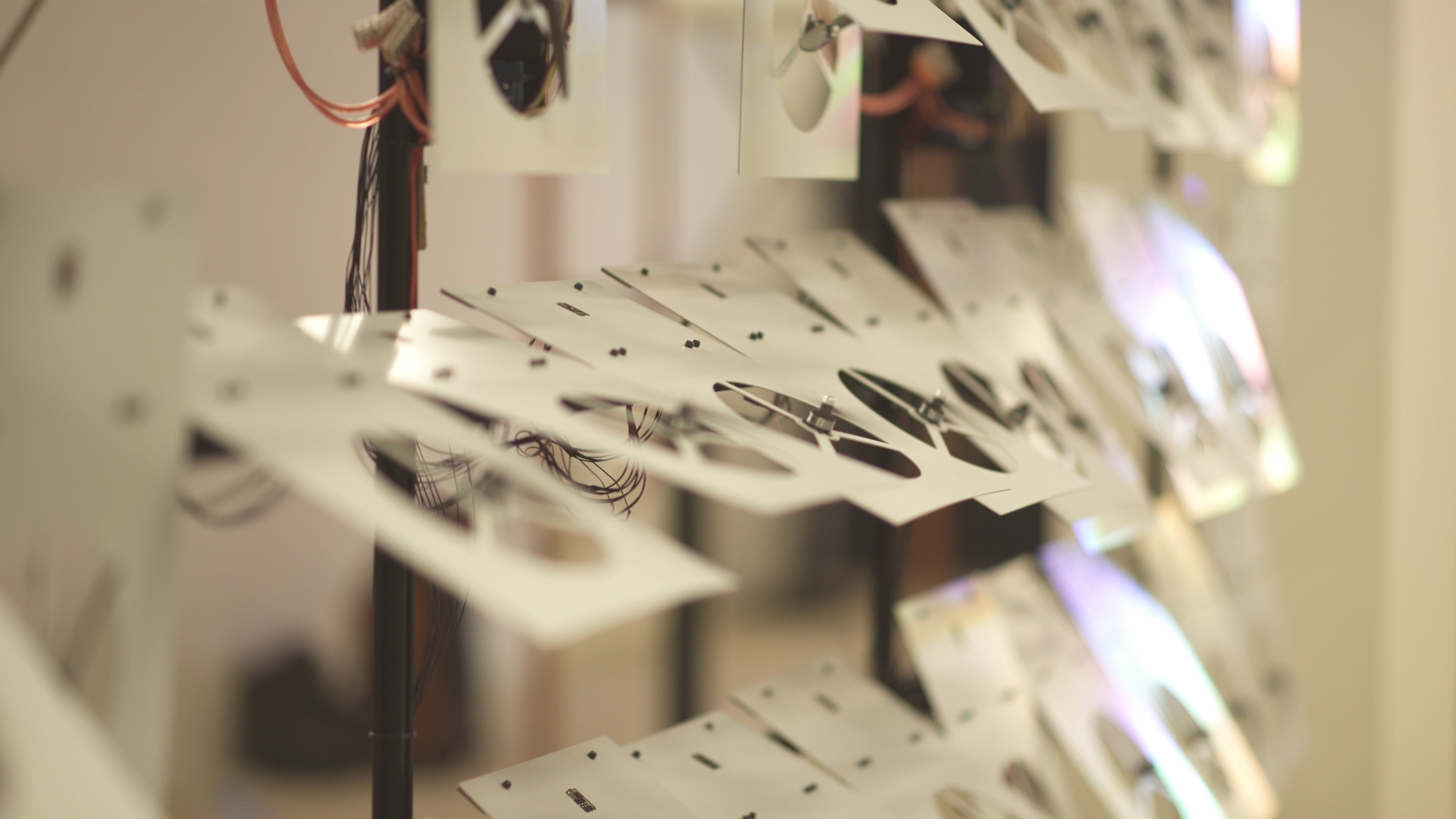 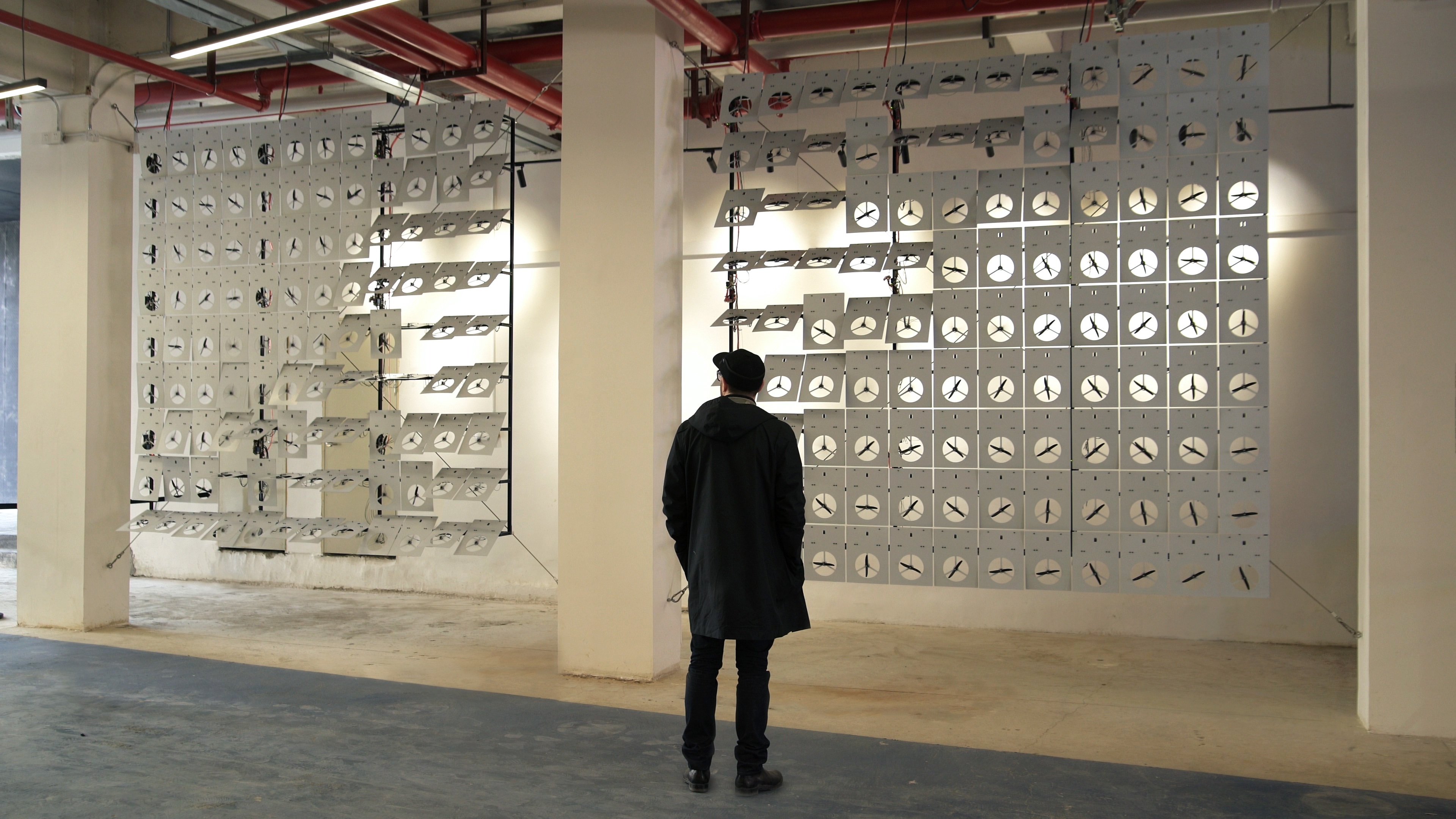 Exhibited at the Bi-city Biennale of Urbanism\Architecture
Special thanks to x.factory, seeed
Sponsored by Yino Land